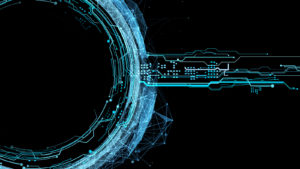 Professor Seth Sanders, of the University of California, Berkeley, spoke on “Flywheel Energy Storage: A Utility Scale Energy Solution for the 21st Century” as part of the 2019/2020 Highlight Seminar Series.

ABSTRACT
Energy storage is now emerging as an essential electric utility resource to effectively enable higher penetration levels of variable renewable generation resources. In California, in response to RPS mandates for increased renewable penetration, Assembly Bill 2514, in conjunction with resulting California Public Utilities Commission rulings, has called for 1.3 GW of flexible energy storage to be incorporated into the energy mix by California utilities by 2024. Similar actions have been enacted, or are in process, in other U.S. states, and worldwide. The talk will review the energy storage landscape, in terms of opportunity, established and emerging storage technologies, and commercial progress. The talk will also focus on the speaker’s interests in advancing flywheel energy storage to meet utility scale challenges.  In short, a flywheel functions as a battery, with kinetic energy storage replacing conventional electrochemical processes.  Based on numerous implementations and products released during the past 20-30 years, there has been a general belief in the power systems community that flywheels are only suited to short term applications, for example in frequency regulation, grid stability enhancement, voltage support, and in UPS and transit system applications.  This is not the case, and the talk will outline how flywheels can be economically designed to meet multi-hour energy shifting applications, that are essential for provision of capacity, and extended integration of variable renewable generation. Some details on product and project development at grid scale energy storage start-up Amber Kinetics will be discussed.

BIO
Seth R. Sanders is Professor in the Department of Electrical Engineering and Computer Sciences at the University of California, Berkeley, and co-founder and Chief Scientist at Amber Kinetics, a technology developer and manufacturer of utility scale flywheel energy storage systems.  At Amber Kinetics, Sanders leads architecture, design, and development of the company’s core technology. He received S.B. degrees (1981) in electrical engineering and physics, and the S.M. (1985) and Ph.D. (1989) degrees in electrical engineering from the Massachusetts Institute of Technology, Cambridge. Following an early experience as a Design Engineer at the Honeywell Test Instruments Division in 1981-83, he joined the UC Berkeley faculty in 1989. His technical interests are in electrical energy and power conversion systems. At UC Berkeley, Dr. Sanders is presently or has recently been active in supervising research projects in the areas of flywheel energy storage, high frequency integrated power conversion circuits, IC designs for power conversion applications, electric machine design, and renewable energy systems. During the 1992-1993 academic year, he was on industrial leave with National Semiconductor, Santa Clara, CA. Sanders received the NSF Young Investigator Award and multiple Best Paper Awards from the IEEE Power Electronics and the IEEE Industry Applications Societies. He has served as Chair of the IEEE PELS Technical Committee on Computers in Power Electronics, Chair of the IEEE PELS Technical Committee on Power Conversion Components and Systems, and as Member-At-Large of the IEEE PELS Adcom. He is an IEEE Fellow, a Distinguished Lecturer of the IEEE PELS and IAS societies, and recipient of the IEEE PELS Modeling and Control Technical Achievement Award.

Flywheel technology can be economically designed to meet multi-hour energy shifting applications, that are essential for provision of capacity, and extended integration of variable renewable generation.