The Distinguished Postdoctoral Fellows program supports outstanding scholars whose research is related to energy and the environment with a focus on innovative technological solutions, smart economic analyses, and/or impactful policy solutions to our most pressing energy and environmental challenges.

Distinguished Postdoctoral Fellows collaborate with Princeton faculty and/or senior researchers within an energy or environment-related field to articulate an interdisciplinary research plan that is aligned with the mission of the Andlinger Center. Applicants are encouraged to develop research plans that establish new collaborative links to or between faculty and researchers.

This program provides a unique opportunity for postdoctoral fellows to develop their careers through independent and interdisciplinary research, while working with one or more research mentors who are experts in their fields, pursue broad inter-disciplinary research combining science, engineering, technology, policy, and social dimensions, and engage in theoretical and/or experimental research, which is either fundamental or applied in nature.

Caggiano earned her Ph.D. from the Edward J. Bloustein School of Planning and Public Policy at Rutgers University. Her dissertation research, chaired by Drs. Rachael Shwom and Cara Cuite, explored social-behavioral drivers of household resource consumption at the food-energy-water nexus.

As a Distinguished Postdoctoral Fellow at the Andlinger Center for Energy and the Environment, Caggiano is working under the mentorship of professors Elke Weber and Chris Greig to identify pathways for cross-partisan public support for large-scale renewable energy deployment projects in key communities in the U.S. Motivated by ACEE’s Rapid Switch research effort and Net-Zero America study, this research contributes to deep decarbonization efforts to mitigate global climate change. 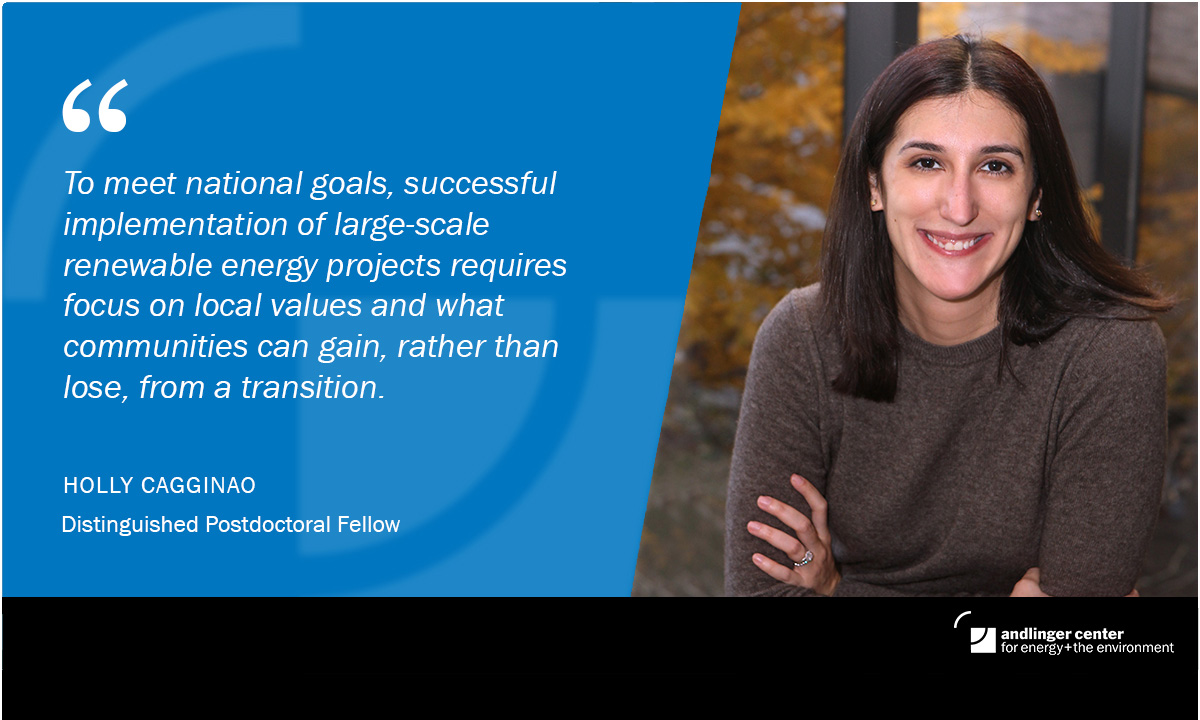 Euvrard earned a Ph.D. at CEA Grenoble, France, and University Lille I, France, where she studied electrical doping in organic semiconductors. In 2018, she joined the group of David Mitzi at Duke University as a postdoctoral associate where she focused on perovskite materials for photovoltaic applications.

As a Distinguished Postdoctoral Fellow at the Andlinger Center for Energy and the Environment, Euvrard is working with professors Barry Rand and Antoine Kahn to develop Hall and carrier-resolved photo-Hall effect techniques for organic semiconductors. The techniques are a new and powerful tool that hold promise to rapidly characterize materials for use in energy harvesting devices. 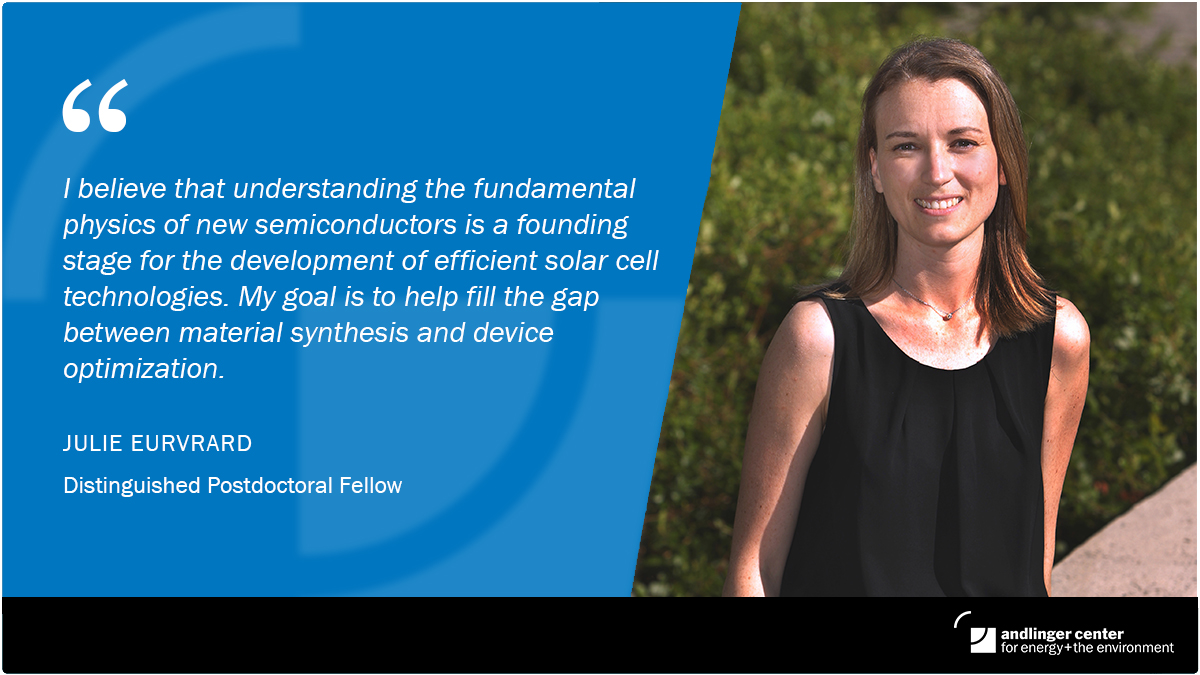 McGaughey received her doctorate in civil and environmental engineering in 2020 from the University of Southern California, where she studied membrane-based water treatment systems for desalination and wastewater reclamation. Her dissertation focused on the role of material properties in performance for membrane distillation, a thermal desalination process that is promising for the reclamation of high-salinity waste streams.

As a Distinguished Postdoctoral Fellow at the Andlinger Center for Energy and the Environment, McGaughey is working with professors Rodney Priestley and Z. Jason Ren to explore advanced polymer materials for water treatment processes, specifically, highly effective antifouling materials that can improve performance and lower energy consumption. 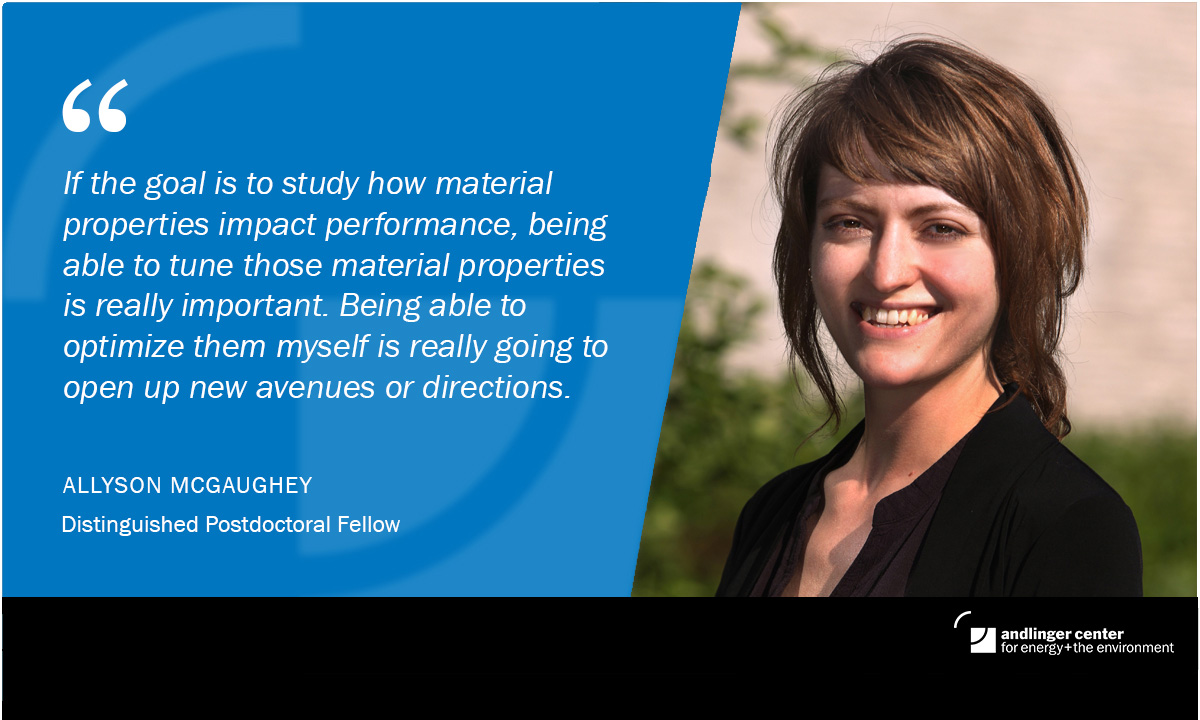 Temprano-Coleto earned his Ph.D. in Mechanical Engineering in 2021 from the University of California Santa Barbara. His doctoral research focused on the effect of surfactants on the performance of superhydrophobic surfaces, coatings designed to reduce fluid drag and improve the energy efficiency in areas such as maritime transportation or pipeline hydraulics.

As a Distinguished Postdoctoral Fellow at the Andlinger Center for Energy and the Environment, Temprano-Coleto is working with Professors Howard Stone, Sujit Datta, and Jason Ren to develop techniques based on diffusiophoresis for the manipulation of colloids. These methods are targeted towards the characterization of microplastics, as well as their efficient remediation from natural water. 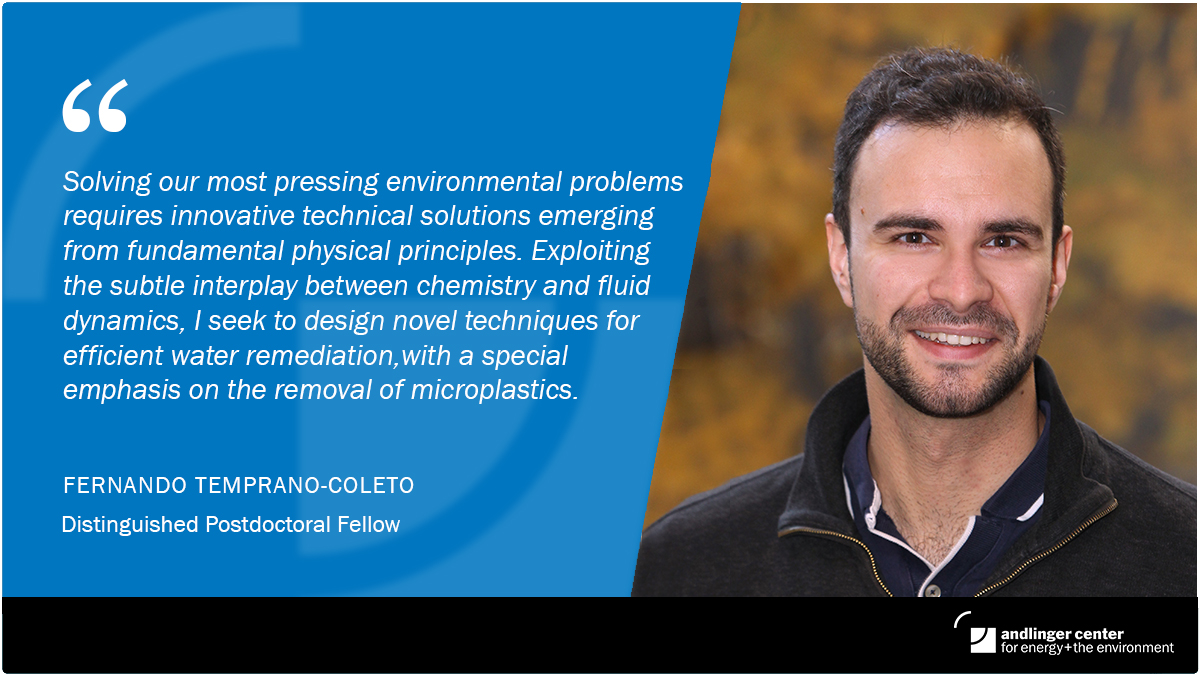 As a Distinguished Postdoctoral Fellow at the Andlinger Center for Energy and the Environment, Zheng focuses on developing novel nanomaterials and technologies for energy-efficient carbon capture and mineralization, collaborating with Prof. Z. Jason Ren and Prof. Claire White. 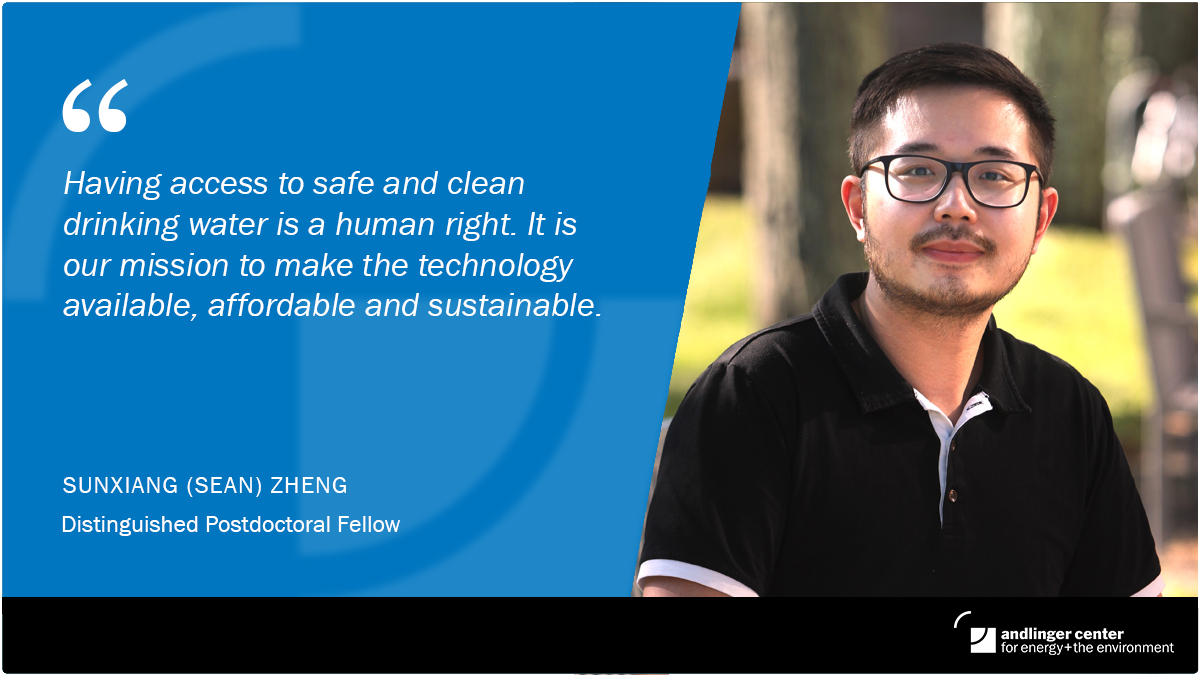 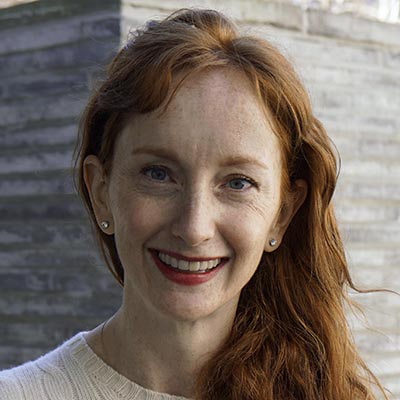 Ball received her doctorate in chemistry from Columbia University under Professor Colin Nuckolls. Her thesis focused on structure-function relationships between molecular design of organic small molecules and organic electronics. At her time at Columbia, she co-authored over ten publications and was awarded the Presidential Award for Outstanding Teaching for her efforts in the classroom.

Ball joined the Loo Group at Princeton University as a Presidential Postdoctoral Fellow in 2019. Her work in the Loo Group centers on the design of UV absorbers for transparent photovoltaic devices. These devices can be used as the power source for smart windows or for applications where color neutrality is a primary objective. 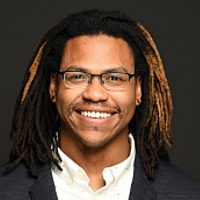 Christie completed his doctoral degree in environmental engineering at Vanderbilt University, where he worked to advance water treatment and desalination technologies for high-salinity wastewater. His thesis focused on expanding our understanding of membrane distillation through module-scale thermodynamic analysis and elucidation of the causes and effects of inorganic fouling on membrane surfaces.

At Princeton University, Christie is working in the WET (Water & Energy Technologies) Lab of Z. Jason Ren, Professor of Civil and Environmental Engineering and the Andlinger Center for Energy and the Environment. Christie’s work explores the intersection of membrane separation and crystal nucleation to sustainably recover solid and liquid resources from wastewater streams associated with coal-fired power plants. Additionally, Christie works under the mentorship of Rodney Priestley, Pomeroy and Betty Perry Smith Professor of Chemical and Biological Engineering.