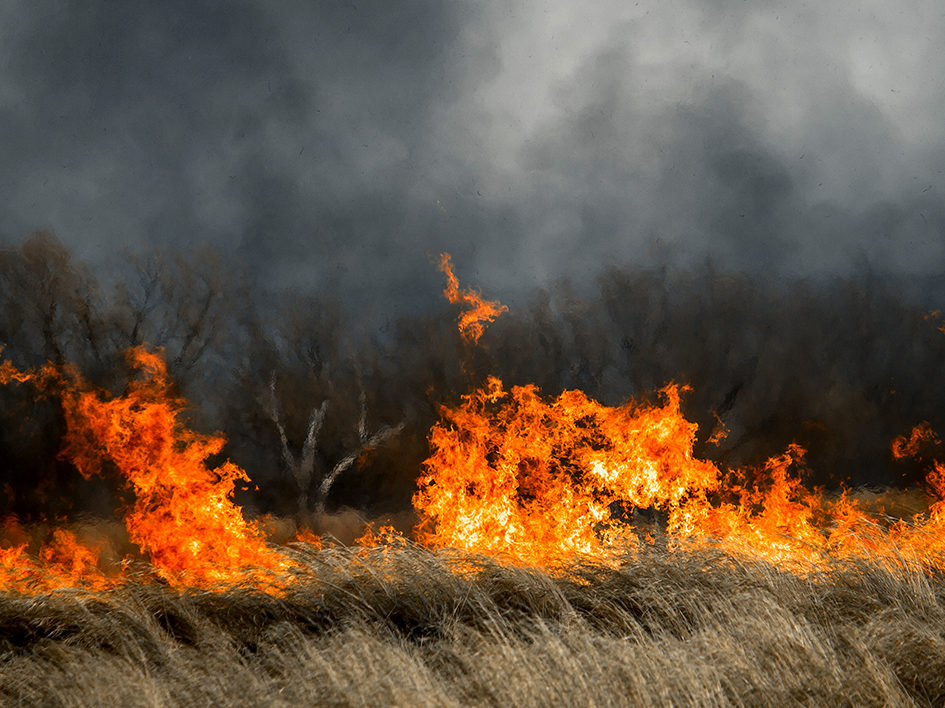 The wildfires in Australia have burned for months and torched more land than recent fires in the Amazon and California combined. The air quality reached the “worst air in the world” last month, as described by the state of Victoria’s chief health officer, and air quality in parts of Australia are still “very poor” due to brushfire smoke.

In this Q&A, Mark Zondlo comments on the Australian wildfires and their impacts on air quality in the country and globally, and on climate change.

Mark Zondlo, associate professor of civil and environmental engineering, specializes in the chemistry of the atmosphere and has tracked impacts on air quality, climate, and the ecosystem after severe events. He and his research group traveled to Hawaii in 2018 to measure the effects of the volcanic eruptions. He is also a member of the NASA Health and Air Quality Applied Sciences Team.

How far-reaching are the impacts of the fires?

The atmosphere is connected globally, even if one cannot see the smoke or hazy skies. The fires have degraded air quality as far away as South America and Antarctica. Santiago, Buenos Aires, and Auckland have all been affected. It only takes about a week for air to travel east to west and about a month north to south within a hemisphere. This means that Europe, for example, felt the effects from the California fires within a week of the blazes. In my research group we have shown that fine particles in the air increased to unhealthy levels in the Mid-Atlantic from forest fires burning in northwest Canada. These continental-scale effects are common for large fires.

What are the fires’ impacts on air quality, human health, and climate change?

Even if the fires do not impact air quality everywhere, they affect people around the globe because they exacerbate climate change. The fires warm the climate in four ways: 1) trees and plant life burning emits greenhouse gases directly and indirectly through subsequent atmospheric chemical reactions; 2) particles emitted into the atmosphere, on balance, absorb sunlight and, thereby, heat the atmosphere; 3) vegetation is removed, which are natural sinks of carbon dioxide; and 4) the soot from fires eventually transports to ice sheets and glaciers, making the snow darker. Anything that makes the polar regions less reflective – pristine white snow becoming “dirty” or sea ice melting into a dark ocean surface – means more heat is absorbed, heating the surface and the air. The heat in the air then gets trapped by heat-absorbing greenhouse gases that coat the atmosphere, which is the greenhouse effect that warms the planet.

In terms of air quality, gases emitted by the fires react to form ozone, a toxic pollutant for human health. Ozone is beneficial in the stratosphere, where it protects us from damaging ultraviolet rays, but it is harmful to breathe at the surface. Additionally, fires emit microscopic particles – about the width of a human hair – and downstream these particles can react to form additional pollutants, both of which can be readily inhaled deep into the lungs with detrimental impacts on human health. Increased hospital visits and mortality occur as these particles increase.

Are there ways to effectively track and measure pollutants?

In our lab we develop and deploy sensors that aid in understanding and validating the information provided by satellites. Satellite measurements allow us to track the pollution from fires across the globe, not only the visible smoke, but also the formation of those dangerous particles and ozone. The impacts of the Australian fires on the atmosphere have been traced fully around the Southern Hemisphere. New advances in satellite imaging, with increased spatial and temporal resolutions, when coupled with weather models, allow us to forecast air quality at unprecedented scales, in individual valleys and rural communities. Previous air quality forecasts were based upon sparse observational networks, ones that existed only in urban areas and not in smaller and more rural communities.

However, there are constraints with the information that satellites can provide. Satellites cannot see through clouds and they provide averages of pollutant concentrations within a block, but do not indicate concentration levels at the ground. We strategically deploy sensors to tell us about conditions closer to the surface where we breathe the air. We can put sensors on drones, cars, and planes to monitor conditions and validate averages provided by the satellites, record the concentration of pollution at the ground, and deepen our understanding of how air composition at higher levels affects air pollution at the surface and vice versa. Continuing to develop technology and utilizing every type of measurement – satellites, ground-based, aerosols, trace gases – will help color a more complete picture of air quality.

What technological advancements will be needed to better understand and mitigate the increasing air quality threats?

Just like tornado warnings have gotten more specific and narrower, and provided more time in advance to prepare for them in the last couple decades, I think air quality monitoring and prediction will continue to go in that direction and become more specific and useful. Much of that will depend on collecting and analyzing more datasets. Our rooftop laboratory in the Department of Civil and Environmental Engineering will become one of the newest sites for an observation network operated by NASA. We will analyze the data that comes out of that site to draw conclusions that help us to tell stories on the ground and hopefully allow us to identify the mechanisms behind the behavior and movement of pollutants – why it is concentrating in certain places at certain times – so we can better predict future scenarios.

How is information on air pollution useful for developing solutions to minimize impacts? And given the new advances in forecasting and monitoring pollutants, how can one stay informed about air quality and reduce the negative effects on human health?

Knowledge of air pollution forms the backbone of solutions, namely policy ones. While it is difficult to directly clean the air at a large scale, we can certainly improve our understanding of how it forms and behaves using the technologies described above and prevent major exposure when conditions are expected to be really detrimental to human health. With more data and advances in the field, we will be able to better understand who will be impacted, when, and to what degree, which is useful for deploying resources and influencing behavior and policy. In terms of staying informed on an individual level, the website airnow.gov provides real-time maps of air quality in the United States. When air quality is expected to become degraded, as possible, outdoor activity should be moved to later in the day or indoors. A schedule adjustment may drastically decrease the amount of particles inhaled. There is no “safe” level of air pollution; every increase leads to increased mortality and morbidity, even when below our existing air quality standards. Because air flows, and events in one place impact neighbors near and far, mitigating air quality and climate problems will require intraregional and global collaboration.