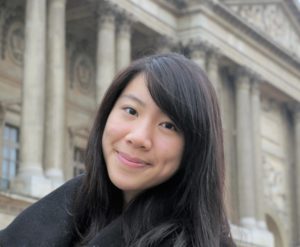 During her fellowship, Lai will explore the use of foams to decrease water use in hydraulic fracturing. In the process of hydraulic fracturing or fracking, high-pressure liquid is injected to fracture shale formations, fine-grained sedimentary rock, in order to extract fossil fuels. After the injection pressure is removed, some of the fracturing fluid returns to the surface carrying oil and natural gas. This technique has received significant attention due to its ability to access previously unreachable fossil fuels. However, several environmental risks have surfaced, such as (1) stress on water supplies (typically 2~5 million gallons of water are used per fracking site for injections) and (2) contamination of drinking water due to the leakage of fracturing fluid into underground reservoirs.

To reduce the water usage of hydraulic fracturing, several foam fracturing techniques have been developed in Canada. Instead of fracturing with water, foams consisting of only 10 percent water are injected to fracture shale formations. Lai aims to combine laboratory experiments with mathematical models to study such foam fracturing. By manipulating the viscoelasticity, liquid volume, and compressibility of the foam, she hopes to identify the important physics involved in foam fracturing.

More on the Maeder Graduate Fellowship in Energy and the Environment

Selection for the Maeder Fellowship is based on the potential of the research and researcher to develop technical solutions to ensure our sustainable energy and environmental future. The Paul A. Maeder ’75 Fund for Innovation in Energy and the Environment supports the Maeder Fellowship. The Andlinger Center for Energy and the Environment administers the fund and fellowship. More information on the program and past recipients can be found here.