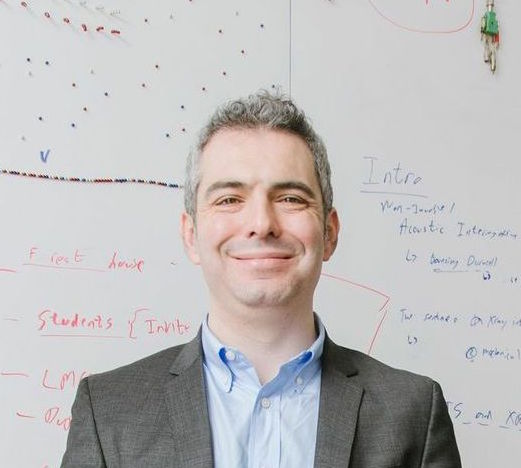 , jointly appointed to Princeton University’s mechanical and aerospace engineering department and the Andlinger Center for Energy and the Environment, has been promoted to associate professor with tenure effective July 1, 2017.

Steingart, the center’s resident expert on battery storage, joined the University as an assistant professor in 2013. Since then, Steingart helped found Feasible with postdoctoral researchers Andrew Hsieh Ph.D. ‘14, Barry Van Tassell, and Shaurjo Biswas. Feasible is a start-up dedicated to improving battery quality across all chemistries through acoustic analysis. Steingart has also been widely recognized with awards and grants for his research on energy storage.

Through his senior seminar in batteries at Princeton, he has supported student-driven efforts around battery technologies, such as Princeton Racing Electric, the University’s electric racing car team, and Revolution Outboards, an electric motor boat start-up led by Benjamin Sorkin ’17.

He was previously an assistant professor with a specialization in energy systems at the City College of New York (CCNY), Department of Chemical Engineering. While at CCNY, his research directly led to the start-up Urban Electric Power, a grid energy-storage company, and Voltaiq, a battery data analysis business. He was also founding director of the Kaylie Prize for Entrepreneurship and an architect of the Zahn Innovation Center, both at CCNY.

Steingart received his bachelor’s degree at Brown University and his Ph.D. at the University of California-Berkeley in 2006. Upon graduating, he founded and served as chief technology officer for Wireless Industrial Technologies, and was later a senior applications engineer at Sentilla Corporation.