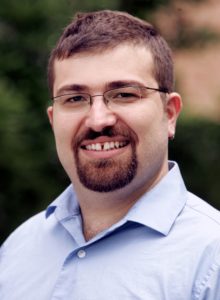 Egemen Kolemen is a specialist in the field of control of fusion plasmas and is an assistant professor jointly appointed with the Andlinger Center, the Department of Mechanical and Aerospace Engineering, and the Princeton Plasma Physics Laboratory (PPPL). After receiving his Ph.D. in mechanical and aerospace engineering from Princeton in 2008, Kolemen spent several years at PPPL working on the National Spherical Torus Experiment (NSTX). He then served as a research scientist at the DIII-D Tokamak at General Atomics in San Diego before returning to Princeton in September 2014. In a recent interview, Kolemen described his research and collaborations aimed at harnessing the power of fusion.

What is your research focus?
At PPPL, I work with a tokamak (an experimental fusion facility) to study how to make fusion a technically feasible source of energy. Fusion energy is such an exciting possibility because it produces no CO2 emissions and virtually no nuclear waste (unlike fission-based nuclear reactors).

What are the challenges to making fusion a viable option for our energy needs?
There are many issues to overcome before fusion can become a viable source of energy. Since plasma is an extremely high temperature state of matter, one of the main issues is how to handle heat flux. This is one of the most pressing issues being studied today. We need to understand how to control the plasma, stabilize it, and once there is energy formation, how to take heat out of the plasma to be used as a source of power. We have passed the stage of building the tokamak, we’ve learned how to make fusion energy out of plasma, but now what do we do with all of that power? That is one of the questions I study.

How far away is a fusion-powered future?
Fusion is still very much in the development stage. The U.S. is helping to build the ITER fusion facility in Cadarache, France with the European Union, China, Korea, Japan, India, and Russia. ITER (whose name means “the way” in Latin) will be a demonstration plant where we show we can make energy; the reactor will produce roughly 500 million watts of power but it will not actually feed electricity into the grid. The facility will not be ready for operation until the 2020s, so we are decades away from successfully using fusion power.

How do you envision your role here at Princeton and PPPL?
I see my role as helping to strengthen the connection between the university and PPPL. I am the first engineering professor to be jointly appointed with the two entities, and I think there is a lot of opportunity for synergy between them. We are moving from understanding the physics of fusion to developing the means to use fusion, which is where my engineering knowledge comes in.

What else are you working on, and what are your future plans?
I am working with a postdoc at General Atomics in San Diego and with a graduate student here at PPPL. I’m collaborating with teams at the Korean Superconducting Tokamak Reactor (KSTAR), which is a fusion facility in Daejon, Korea, and at the Experimental Advanced Superconducting Tokamak (EAST) in Hefei, China. I’m looking forward to teaching next year, especially since I used to be a Princeton student. In the future I could envision working with an ITER-related center here in Princeton, which would specialize in control developments.