From bird watching to code writing, Riti Bhandarkar reflects on her path to energy 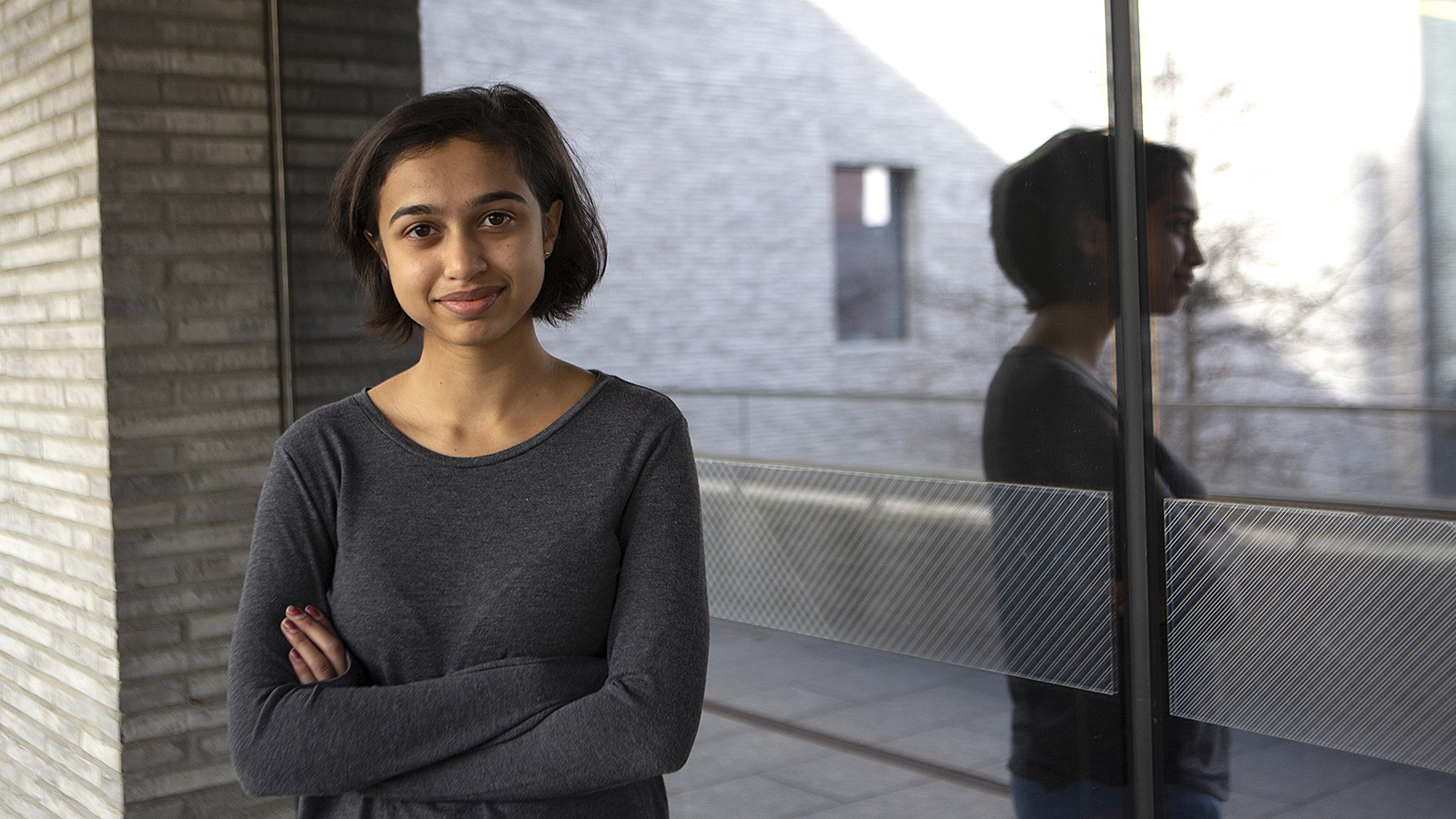 Riti Bhandarkar is an undergrad in the Department of Civil and Environmental Engineering. (Photo by Bumper DeJesus)

Riti Bhandarkar wanted to save birds. As an Andlinger Center summer intern, she used the Python programming language to compile data used to model a cleaner energy grid, and, in turn, a world that is safer for species of all kinds.

“One of the biggest threats to biodiversity is how we get our energy. The root of the problem is that we are burning so many fossil fuels that it is altering our environment so dramatically that it is driving species extinct,” said Bhandarkar.

Bhandarkar grew up north of New York City in the forested Hudson Valley. She often watched hummingbirds and cardinals pick from her family’s bird feeders or walked nature trails, meeting new animals along the way. In high school, she did an internship in an ornithology lab at the American Museum of Natural History where she analyzed bird species from South America.

“I was interested in conservation and protecting biodiversity,” said Bhandarkar.

It was this background that led her to join Princeton with an interest in biology and ecology. After taking several courses, along with some in engineering, she started learning more about the threats to biodiversity.

“There is this concept that, to some extent, you could use all the conservation strategies you wanted and you would not be fixing the root of the problem,” said Bhandarkar.

Bhandarkar shifted her focus to energy technology and policy and declared a major in civil and environmental engineering. Last summer, with support from the Andlinger Center summer internship program, she joined the ZERO lab led by Jesse Jenkins, assistant professor of mechanical and aerospace engineering and the Andlinger Center for Energy and the Environment. Her work involved manipulating data to feed into models that would spit out technology deployment strategies for cleaning up the power grid. The research techniques were also used for a ground-breaking Princeton study, on which Jenkins was a coauthor, called Net-Zero America that showed five technological pathways by which the United States could reach net-zero emissions by midcentury. Bhandarkar said the energy technology and policy sphere felt so applicable and useful. She is also a contributor to Jenkins’ REPEAT project which produces rapid policy evaluation and analysis of proposed energy and climate legislation.

“Right now is the time we’re seeing all of this change in the energy sector. For example, there is a huge reconciliation bill under consideration in Congress trying to put America on a net-zero path. And so, it is a really exciting time to be in this field,” said Bhandarkar.

For the internship, she needed to reformat data to be usable as inputs for the energy system models. This involved massive data sets with figures like the amount, cost, and source of electricity generated in each state and regional power grid. This research was built on ENE courses she had taken with the Andlinger Center, including a course on sustainable materials with Claire White, associate professor of civil and environmental engineering and the Andlinger Center for Energy and the Environment, and another on electricity markets and policy with Jenkins. Though she had taken one computer science course in her first two years, she learned Java, not Python, which the research in the ZERO lab required. Bhandarkar said she spent about two weeks learning the basic commands and found it was straightforward. After that, she said she could reuse most of the same ones for this application.

“Coding tends to be more intimidating than it actually is. For students that don’t have a lot of coding experience, it’s a lot easier than you would think,” said Bhandarkar. “The basics get you very far.”

Bhandarkar said learning in the lab was different than the classroom and very engaging. She said she loved being able to access postdoctoral researchers and hear about their research anytime and would recommend it for all undergraduates.

At the end of the summer, she and her colleagues, a couple of fellow undergraduates and graduate students, submitted a case study to a competition hosted by the U.S. Association for Energy Economics, one that Jenkins himself had won as an undergraduate. The Association assigned the team the task of pretending they were energy economics consultants to a client that wanted to invest in direct carbon removal technologies. The students needed to determine which countries are most responsible for carbon dioxide removal, which she called an ethical and philosophical question. The second part was calculating which technologies were the most cost-effective in terms of tons of carbon dioxide removed per dollar invested. Bhandarkar worked on assessing the technologies for the study. The team placed second nationally.

Bhandarkar said she is drawn to research because it is the core mechanism by which questions get answered and society as a whole can understand and develop pathways to solve problems. She said she will continue her research on a cleaner electricity system for her junior independent research and possibly a senior thesis, building on her work in Jenkins’ lab.

For more information and to apply for a summer internship at the Andlinger Center, please visit:
https://acee.princeton.edu/education/summer-internship-opportunities/