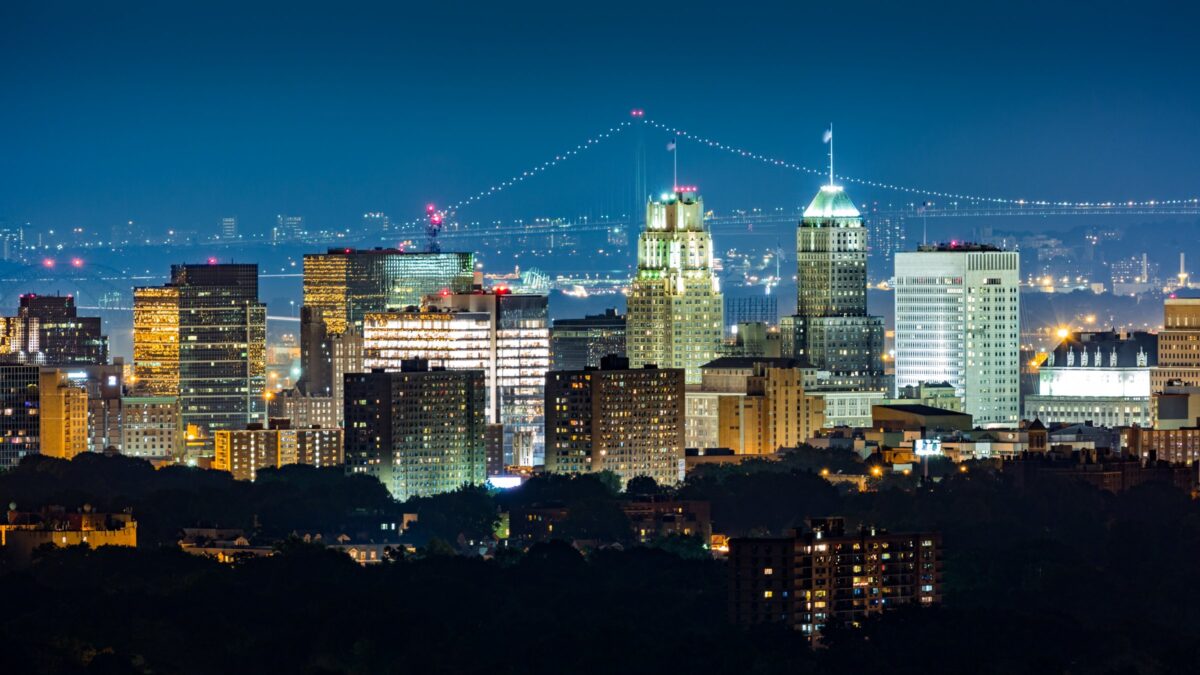 By Engineering and Corporate Engagement Communications

SOSV selected Newark over six other locations in a national search and aims to invest $25 million in 100 new technology companies over the next five years with a focus on “re-industrialization and decarbonization of the U.S.”

“This partnership with HAX will be instrumental in our plans for Princeton engineering to catalyze a diverse and inclusive high-tech hub throughout the tri-state area,” said Andrea Goldsmith, dean of Princeton’s School of Engineering and Applied Science in the State of New Jersey press release.

SOSV and the New Jersey Economic Development Authority (NJEDA) signed a letter of intent to create a new joint entity, HAX LLC. The governor said that the NJEDA board will consider an investment of $25 million in addition to funding contributed by SOSV. Combined, the new companies are expected to create at least 2,500 jobs in the next decade and attract millions in new capital. To date, 257 companies have completed the HAX accelerator program, which also has locations in San Francisco, Shenzhen and Tokyo. Those companies include Formlabs, a 3D printing startup recently valued at over $2 billion dollars, and Opentrons, the lab equipment startup operating New York City’s automated COVID-19 testing.

“HAX’s focus on ‘deep and hard’ technologies to address complex issues such as decarbonization, automated supply chain, digital manufacturing and industrial efficiency are very much in line with research and expertise we have within the school,” Goldsmith said. “HAX’s outstanding track record of supporting entrepreneurs in traversing the challenging path from ideas to companies will be transformative in creating an innovation ecosystem across the region, with Princeton at its center.”

Goldsmith, who came to Princeton from Stanford University in 2020, has founded two companies built on hardware-based technologies: Quantenna Communications, which produces silicon chipsets designed for high-speed wireless networking; and Plume WiFi, which develops software-defined wireless networking technology. She has made innovation and entrepreneurship a priority in her strategic plan for engineering, with a goal for Princeton to serve as a catalyst for a diverse and inclusive high-tech hub throughout the tri-state region.

Goldsmith’s support for the HAX partnership was an essential part of SOSV’s selection of New Jersey, said NJEDA chief executive officer Tim Sullivan in an interview with ROI-NJ. “She jumped in with both feet,” Sullivan said.

On behalf of Dean Goldsmith, the Office of Corporate Engagement and Foundation Relations (CEFR) worked with external partners including the NJEDA and ChooseNJ to support the state’s bid for the HAX location. “We are looking forward to building collaborations that arise from the new HAX site,” said CEFR director Coleen Burrus. “We want to work with HAX Newark and others involved with the accelerator to develop opportunities for our faculty and students and to advance Princeton University research and innovation.”

The HAX agreement is one of several recent developments in Princeton’s push to strengthen the innovation ecosystem in the region. In August, the National Science Foundation announced that Princeton would lead the NSF Innovation Corps (I-Corps) Northeast Hub, a network of regional universities formed to accelerate the economic impact of federally funded research by  educating researchers in entrepreneurship and the requirements of industry. In November 2020, Princeton signed up to be the first institutional tenant in The Hub, a collaborative site in New Brunswick, N.J., that aims to foster research, entrepreneurship, innovation and startup incubation in New Jersey. The State of New Jersey is making a $175 million investment in the project, according to state Assembly Speaker Craig Coughlin.

At Princeton, Vice Dean for Innovation Rodney Priestley, a professor of chemical and biological engineering, leads Princeton Innovation, which brings together industry engagement, entrepreneurship and tech transfer, as well as others across campus. The State’s partnership on the new HAX site may particularly complement Princeton resources such as the Keller Center, which helps students and researchers achieve impact through entrepreneurship and design; Princeton Innovation Center BioLabs, which helps scale-up ventures spun out of Princeton; and the world-class shared facilities for imaging, analysis and nano-scale fabrication at the Princeton Institute of Materials, which are widely used by companies in the region.

“Today’s announcement represents a transformative opportunity for our region, and Princeton is proud to play a role as we continue working to develop New Jersey’s vibrant culture of innovation, entrepreneurship, and economic development,” University spokesman Ben Chang said. “We look forward to building a robust relationship with HAX Newark that capitalizes on the strengths of Princeton’s engineering program and expertise and advances the work of our researchers and students to tackle some of the biggest challenges of our day for the benefit of our community and the world.”