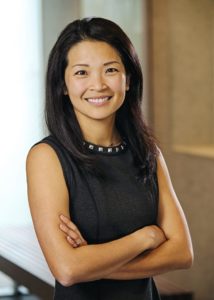 Yueh-Lin (Lynn) Loo has been elected a fellow of the Materials Research Society, a lifetime appointment recognizing outstanding leadership, service and research contributions to the field of materials science.

Loo is the director of the Andlinger Center for Energy and the Environment and the Theodora D. ’78 and William H. Walton III ’74 Professor in Engineering. As a researcher, Loo has made important advances in the field of organic and polymer electronics, including organic photovoltaics, which, among other benefits, could substantially lower the environmental costs of providing electricity. At a time when many in her field were frustrated by the complexities of organic materials, Loo reframed the engineering problems and overcame key obstacles in realizing organics’ potential to harness energy. In particular, she has developed novel methods for producing and processing organic conductors and semiconductors, facilitating their use in plastic electronics and solar cells.

In 2017, Loo co-founded a company called Andluca Technologies, making use of the light-responsive films developed in her lab to manage and power smart windows that can be retrofitted onto older buildings and implemented within internet-of-things devices. Those innovations promise to impact a breadth of industries, from aviation and automobiles to building construction and hotels.

Prior to becoming director of the Andlinger Center, in 2016, Loo was associate director for external partnerships at the center and launched and led the Princeton E-ffiliates Partnership, a corporate membership program that enables collaboration between academic researchers and industry leaders. Loo was also designated a Young Global Leader of the World Economic Forum in 2012. In these capacities, she has acted as an international ambassador for energy technologies and for the role of organic electronics in solving the 21st century’s grand challenges. Loo is a fellow of the American Physical Society and a recipient of the Sloan Research Fellowship in Chemistry. Among many awards and honors, she was named one of the world’s top 100 young innovators by the MIT Technology Review.

The Materials Research Society was founded in 1973 and is comprised of around 14,000 members from more than 90 countries. Fellows are nominated and elected by their peers to represent the highest ideals of the society’s mission, to advance materials research. No more than 0.2 percent of the membership body are elected fellows in any given year.