Andlinger Center Speaks: Is the driverless car good for the environment? 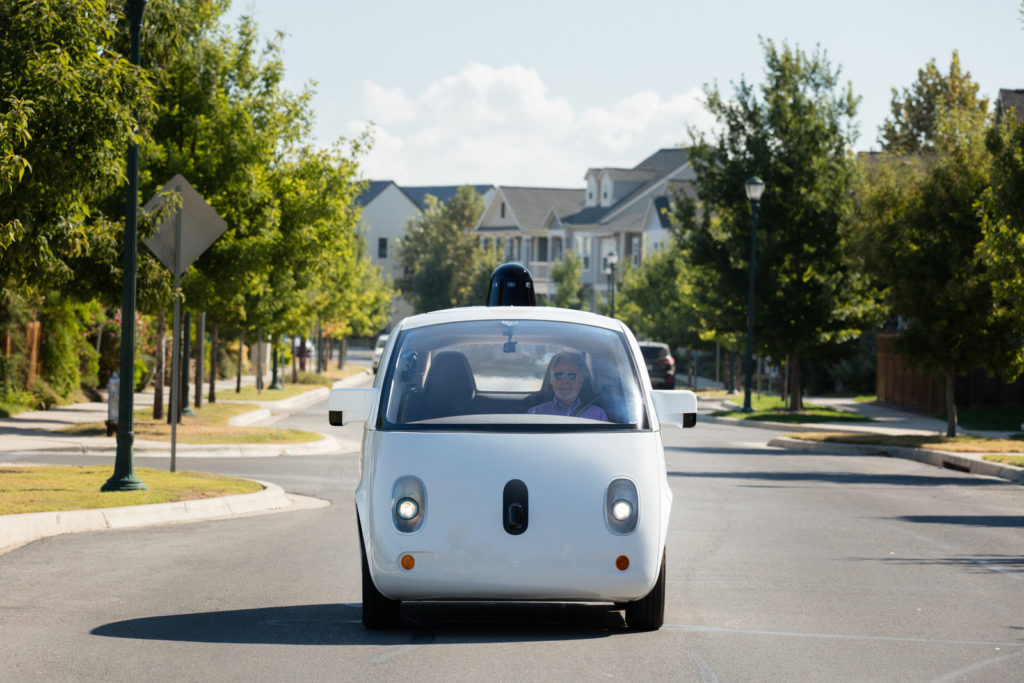 The smart, driverless car under development from Waymo, a company spun out from Google. (Photo: Waymo)

Transportation experts predict that many commuters will pass up typical vehicles and instead hop into fully-automated, driverless cars to get to their destination in the near future. Autonomous vehicles will rule the roadways by the middle of this century, according to recent news articles. They are also predicted to reshape our cities, decrease automobile crashes, cut down congestion, and, of course, disrupt several industries, from private parking lots to car insurance. Engineers at various companies, such as Google and Fiat Chrysler, are hard at work perfecting their own version of the fully-automated driverless vehicle. A few of the sensing technologies that will enable driverless vehicles – self-park steering and lane correction – have already made it into some vehicles on the market today.

With the advent of these computer-controlled vehicles, what will be the environmental implications? Transportation is a huge driver of greenhouse gas emissions – accounting for 27 percent of emissions in the U.S. in 2015, according to the U.S. Environmental Protection Agency. In 2014, light-duty vehicles (passenger cars and small trucks) made up 61 percent of greenhouse gas emissions in the transportation sector. 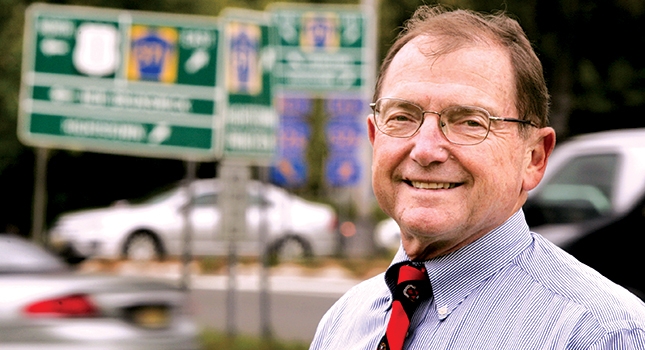 Alain Kornhauser, professor of operations research and financial engineering and director of the Program in Transportation at Princeton University, says driverless cars will be ultimately beneficial for the environment. There may be an initial bump in emissions from increased use, but emissions will decrease in the long run, according to Kornhauser. While Kornhauser is not an expert on engine efficiency and potential fuel sources, he believes environmental gains will be realized through ride-sharing. He explores this topic, the market forces racing towards this future, and his own research background in the latest “The Andlinger Center Speaks,” a Q/A series on timely energy and environmental topics with Princeton faculty and researchers conducted by the Andlinger Center for Energy and the Environment.

Kornhauser, a pioneering researcher in automated transportation and an expert in automotive engineering systems, is the lead faculty adviser to Princeton Autonomous Vehicle Engineering (PAVE), an undergraduate student-led research group devoted to autonomous vehicles. PAVE, started by a group of students, competed for the first time in 2005 in the Defense Advanced Research Projects Agency (DARPA) Grand Challenge, a field test for autonomous ground vehicles, in which they seeded 10 out of 23 finalists with more than 100 initial entrants.

From May 17 to 18, Princeton hosted the inaugural SmartDrivingCar Summit, an event focused on accelerating the adoption of driverless vehicles. Kornhauser was the lead organizer and gave the welcoming remarks. More than 150 participants from the U.S. and Europe attended the event, which featured speakers from the insurance industry, car companies, and government. Speakers touched on deployment, how the insurance industry may adapt to the new technology, and the rise of artificial intelligence and other technological advancements that are helping push this emerging sector.

How did you get into automated vehicles?

Early on in my career, many people like myself said we were going to Mars and beyond. I had to pivot myself when it became clear that wasn’t going to happen, and instead, I refocused by using aerospace technology to save cities. And how were we going to save cities? We were going to design and build automated vehicles. We said these automated vehicles can increase mobility for everybody, eliminate congestion, solve the pollution and energy crises, and basically make cars irrelevant. That was 46 years ago, and that’s how I got into this.

With an undergraduate class I taught at Princeton, we helped design a system for all of New Jersey, a Personal Rapid Transit (PRT) system that involved building a guideway or a specially-built roadway designed to enable little passenger pods. The pods would drive themselves and pick up and discharge people at stations. We brought the idea to the New Jersey Department of Transportation in the 1970s, and they thought we were crazy. It would have cost $250 billion to build the guideways in the state. Unfortunately, due to the technology requiring its own roadway, only three very small versions of these systems were built around the world.

In 2004, some of my students became interested in the DARPA Grand Challenge, which required a driverless automated vehicle to travel 100 miles through desert roads and not crash. The next year, we were out there with a GM pick-up truck. We didn’t win, but we were competitive.

What has made these automated vehicles a coming reality?

What has happened in the last 12 years or so is we can now write algorithms and make sensors for a car that can figure out what is going on in the road ahead. These technologies can drive cars, trucks, and buses more safely than, or at least as safely as, human beings can. Because of that, we don’t need a specially-built guideway required by PRT systems. You don’t have to pay extra for special infrastructure. With enough intelligence in a car, the car can drive itself down Nassau Street without any changes to infrastructure or asking for special accommodations.

How do you think this sector will evolve and what are the environmental impacts?

The sector will first move forward with automated driver assistance, which already exists in some cars. That technology self-corrects the driver. It will become more common. It will make everybody safer. People will appreciate it and get used to it. The car industry will see this is as something good because they can profit from it.

People will like the convenience of taking their feet off the pedals and their hands off the steering wheel. It will make our commutes more comfortable and convenient. It will be less of a pain to go to places. This will not be so good for the environment because we will want to drive more and this will increase emissions.

That’s one branch that we can go down. Along that branch, there will be a disruptor that will evolve into fleet companies that will offer fully automated, driverless cars to commuters within designated test areas. Many people in those areas will realize that they don’t need to own a car anymore. They will realize it is cheaper to be chauffeured around. The seeds of this are being planted right now. Uber, the transportation network company, is not worth $70 billion because it is managing a gazillion part-time workers. Uber is worth $70 billion right now because it is developing driverless cars that will be able to chauffer everyone around very affordably, make money, and replace those workers. Investors are betting this will happen.

If I can replace a person with a computer, I will reduce the cost of a ride by a substantial amount. This will make owning a car obsolete. Why own a car if rides are inexpensive and someone else, the fleet companies, will be responsible for the maintenance of the car instead of individuals? People will like it because they don’t have to own a car. This technological transition will be just as far reaching as when we went from the buggy whip to the steering wheel.

When companies control a whole fleet of smart driverless cars, what is the impact on the environment?

The key is ride sharing. Emissions will go down due to ride sharing. Fleet companies have fundamental incentives to put more than one person in a smart driverless car in order to maximize profits. Passengers will be given a discount for sharing a ride. It will be like using an elevator. When you go into an elevator, if another person gets in, you don’t throw that person out. You use it together, and you both stop at different floors. Companies like Uber and Lyft already provide and encourage ridesharing or carpooling.

Detail why ridesharing and driverless smart cars together can reduce emissions.

We performed a transportation analysis of New Jersey, which is a microcosm of the U.S. It has rural and dense areas. About 32 million trips take place in New Jersey on a typical day.

Does the engine of the smart driverless car matter, whether it runs on gas or electricity? What are the environmental implications of a particular engine?

I am not a pollution expert on energy sources.

That said, fully-electric vehicles tend to provoke range anxiety in people who are afraid that charging stations are too far. But because a fleet owns the vehicles, they will be able to calculate the mileage that a customer makes in a typical trip, and assign vehicles with enough stored energy to serve a customer’s needs – thereby removing range anxiety from commuters. They will never strand a customer. With that calculation, the fleet company may make 98 percent of their cars be electric for typical-length trips, and the other two percent can be served by hybrid vehicles for extra-long trips.