The energy industry looks to the future, and Princeton’s Andlinger Center is working to get it there 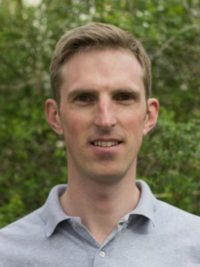 Greg Davies is finishing his Ph.D. in mechanical and aerospace engineering at Princeton University where his research investigates the use of ultrasound to characterize and enhance the operation of batteries. He is advised by Daniel Steingart, associate professor of mechanical and aerospace engineering and the Andlinger Center for Energy and the Environment. During his Ph.D. Davies has been a member of the Princeton Energy and Climate Scholars program, which is a student group committed to engaging with research expertise across climate science, energy, and policy issues. Davies is also a collaborator on the Andlinger Center’s Energy Technology Distillate Series. In April, he attended the 2018 Bloomberg New Energy Finance (BNEF) Future of Energy Summit on behalf of the Andlinger Center.

Gas-powered plants have become the leading source of electricity generation over the past decade, while coal and nuclear plants have struggled, many succumbing to bankruptcy. The transition to lower-emission gas has significantly lowered US carbon emissions, and it is widely regarded as a stepping-stone to a cleaner grid and a partner to high penetrations of renewables. However, could the most efficient and clean of these fossil-fueled plants, combined-cycle gas, be the next power generation source to be pushed to the brink of bankruptcy?

More than likely, according to several panelists at the 2018 Bloomberg New Energy Finance (BNEF) Future of Energy Summit, held in New York from April 9-10. Attendees at the conference, across industry, finance and policy sectors along with over 100 presenters and panelists, explored recent trends in clean energy adoption and discussed the future challenges and uncertainties for the industry. Multiple sessions discussed barriers to the continued rapid energy transition, highlighting the importance of advancing technology development, supporting the right energy policies and unlocking financing.

A key component of the mission of the Andlinger Center for Energy and the Environment is to advance critical technologies, enabling the rapid switch to renewables. According to panelist Craig Cornelius ’01, president of NRG Renewables, there are still challenges to be tackled. He commented that although utility-scale solar costs have undergone a remarkable evolution in the past decade, outpacing even the highly optimistic Department of Energy (DOE) SunShot targets, that there is still significant room for costs to keep falling.

In particular, the need for more research and development in the field of power electronics was highlighted. Advances in this area are necessary to increase reliability, efficiency and power quality, in addition to reducing costs. This question is the focus of research of the group of Minjie Chen, assistant professor of electrical engineering and the Andlinger Center for Energy and the Environment.

These research areas are all the more urgent because projects combining solar and storage are rapidly becoming the norm, exceeding even very recent forecasts of adoption. To enable this progress will require advances not only in battery technology, but also development of control systems and algorithms to optimize energy storage and dispatch. Many of these research areas, including energy storage, are active research areas within the Andlinger Center, and afford an opportunity for Princeton to make substantial contributions to the energy system.

Several other themes were recurrent during the summit. The first was flexibility: the need for, and eventual future dominance of flexible power generation sources and grid services that can complement the increasing reliance on variable and uncertain resources, such as wind and solar. The second theme was energy storage: unlike prior years, batteries are no longer perceived to be too expensive for widespread adoption, and it is taken as a given that costs will continue to decline similarly to those of solar and wind over the past decade. In fact, the challenge now is to determine the best way to deploy energy storage across multiple potential services, including how to best manage the rapid influx of electric vehicles and their impact and benefits to the grid. The final recurrent theme was markets: electricity market structures are struggling to cope with rapid infrastructure changes and new power generation characteristics. New market structures will be required to properly value the services that different resources being to the grid, whether these be new (e.g., solar and wind) or existing (e.g., nuclear) generation technologies, or non-generation technologies, such as batteries, micro-grids, or so-called demand response: modulating commercial or residential power demand using intelligent controls.

All in all, the BNEF Summit highlighted the exciting and significant strides that clean energy has made in the past few years, while emphasizing the need to stay focused on the technological, political and financial challenges that lie ahead. Yueh-Lin (Lynn) Loo, director of the Andlinger Center at Princeton University and Theodora D. ’78 and William H. Walton III ’74 Professor in Engineering and professor of chemical and biological engineering, said she sees the Andlinger Center to be uniquely positioned to address some of the challenges: “These challenges, while daunting, are exactly what the Andlinger Center is equipped to address. And even though we have already made significant scientific strides in advancing clean-energy technologies, these next strides will be critical as we continue to integrate across sectors.”