Texas, and much of the Midwest and Southeast of the United States, reached record low temperatures last week triggered by a long-lasting polar vortex. What has been deemed the “#TexasFreeze” began last weekend and caused energy-system-wide outages as demand for heating and power surged. Power plants and natural gas wells and the related transmission and pipeline networks, which are unaccustomed to extreme weather conditions and the spike in energy demand that accompanies them, failed, leaving much of the state living in homes without heat or electricity with interior temperatures in the 30s or 40s.

The grid operator of Texas, the Electric Reliability Council of Texas (ERCOT), reported outages of more than 40% of conventional power plants, including coal, gas and nuclear power. The organization began directing electric utilities, like Oncor and Austin Electric, to execute involuntary emergency load shedding, or rolling blackouts, on Monday February, 15. 16,500 megawatts (MW), or the electric load of over 3.3 million homes, were shed in order to prevent further cascading failures of the entire state power system.

Jesse Jenkins, assistant professor of mechanical and aerospace engineering and the Andlinger Center for Energy and the Environment, explains the confluence of factors contributing to the extreme failures and potential measures to prevent an emergency of this scale in the future.

What are we seeing in Texas and what is causing the widespread and long-lasting electricity and heat outages there? 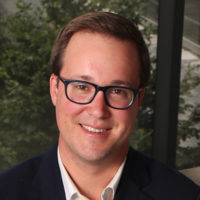 Jesse Jenkins (JJ): Outages from conventional means of producing power, or from gas, coal and nuclear, excluding renewables, totaled 30,000-40,000+ MW, which is almost half of the amount of power that Texans demanded during the frigid conditions.

Freeze-offs, or when natural gas wellheads and pipelines freeze, reduced the supply and rate of supply of natural gas and forced large numbers of the gas plants offline due to lack of access to the fuel source. Often times home heating systems, including common natural gas-powered furnaces, require electricity to run, so even residents that may have been lucky enough to have gas supply could not heat their homes. In many cases, residents were unable to stay warm, cook food, or boil water.

The conditions compromised every power source. Coal plants that shut down likely struggled with frozen coal piles where operators could not feed the coal into the plant or access unfrozen water for cooling. One of the state’s four nuclear reactors went offline for about 36 hours due to a frozen sensor on a water feed line.

ERCOT was planning for a peak demand of around 67,000 MW. But the actual demand was over 69,000 MW, hitting a new winter peak before outages began at 1:25am Monday. There is no doubt that demand would have been higher Monday and Tuesday as temperatures fell further, but the widespread forced blackouts mean we’ll never know the true peak.

It is also important to note that, in addition to widespread blackouts from major generation failures, there are also localized power outages from transmission and distribution failures affecting customers, such as downed lines and overloaded transformers. The failures at power plants due to the freezing conditions, in addition to unprecedented demand for power and gas because of such conditions, helps showcase the confluence of factors that made this event acute and debilitating across the state. Weather conditions are still bad in Texas. The cold temperatures alone without heat can be deadly, and we don’t yet know the full toll of this emergency.

To give a sense of scale, rolling blackouts in California this summer, which also made national news, involved less than 3,000 MWh of unserved energy, which impacted about 2.6% of customers in the state and lasted no more than 90 minutes at worst. By contrast, the Texas grid operator and network utilities had to black out as much as 40% of demand for days, a failure of staggering magnitude.

How can we design the system to be able to withstand those types of temperatures? How are systems in traditionally colder climates different than those in Texas?

JJ: If you assume extreme cold events will happen with reasonable frequency, you plan differently. Homeowners would insulate their homes better so the demand for natural gas for heating is less sensitive to cold temperatures. People in Minnesota, for example, generally have much better insulated homes than people in Texas. If you operate a natural gas network, you bury the pipelines deeper and better insulate them so they are less sensitive to the surface temperatures. If you go down in the ground a few feet, you get smaller temperature swings and are more protected from freeze-off events where gas cannot flow out of the pipelines. If you’re a wind turbine owner you install cold weather packages on your wind turbines, which include heated oils in gearboxes and motors, de-icing heaters in blades and other measures that prevent the turbines from freezing up. Wind turbines work successfully all over the world in cold climates – even Antarctica – just as coal and gas plants do, with the right planning.

All of those things have an added cost though, so it’s a question of how much insurance you want to purchase. We’ll see the total cost of this event, but I suspect in hindsight, the insurance would have been worth it in this case. There are all kinds of vulnerabilities that can be mitigated with planning, foresight, and extra expense.

What’s been the role of solar and wind in managing or exacerbating this emergency? What’s the misconception around frozen wind turbines?

JJ: Some may have heard that frozen wind turbines are to blame for this, but the turbines were not the primary reason for the extensive outages. The extreme demand for electricity and reduced supply due to the gas power plant outages are the principal cause. To put it simply, grid operators know not to rely on variable wind and solar power for generation when the grid is strained.

Wind and solar have both over and under-performed against the approximate 6,200 MW ERCOT was planning from these resources. At times, wind and solar output was as low as 1,000 MW, and that certainly is a small part of the story, but a much smaller part of the total outages than from non-renewable sources, and also less prolonged. Much of the 36 hours from Sunday February 14 to Tuesday February 16, wind and solar exceeded the planned amount. As of Tuesday, wind power was producing about 4,000 MW, or about two thirds of the generation that ERCOT was counting on to contribute during winter peaking events. Solar has also helped during the daytime hours, exceeding the expected 300 MW accounted for in system planning.

Is climate change to blame for the frigid temperatures?

JJ: We still cannot link with certainty this extreme weather with global climate change. There is speculation that the Texas event is linked. As the Arctic warms faster than the rest of the hemisphere, the temperature differentiation between the poles and nearby continents falls. That leads to disruptions in the polar cell. The jet stream is the boundary between the polar cell and the midlatitude cell in North America.

The extremely cold temperatures we are seeing now are the result of the top polar cell getting disrupted, causing the jet stream, which usually blocks it, to wander further south. That allows the cold air from the polar cell to extend in North America much further south than usual and explains temperatures in Texas and Oklahoma paralleling those of Alberta. It’s clear that the jet stream shifting south allows cold air to move down from the polar vortex. The cause of the jet stream moving is potentially climate change, but this still needs to be studied further.

We do know, though, that climate change increases the frequency of  extreme weather events, from droughts, wildfires, and extreme heat waves to extreme rainfall events and coastal flooding. These are the kinds of events that test our critical infrastructure and, as tragically occurred in Texas last week, can push them past the breaking point.

In a changing climate that means planning for the unexpected or rare events that can bring down our energy systems and other critical systems is key to minimizing the human and financial toll that these events wreak on cities and communities in the United States and all over the world.