Siam Cement Group (SCG), a large industrial conglomerate, has joined E-ffiliates through its chemicals division SCGC, expanding the corporate membership program’s reach into Asia. Princeton researchers will begin working with the Bangkok-based firm on a study on how to transform Thailand to a net-zero emissions economy.

SCG officials said they were inspired to collaborate after researchers at the Andlinger Center published the Net-Zero America report about transforming societies and economies to meet environmental goals. The Princeton team has since taken on a range of similar studies, collaborating with local institutions around the world. The organization’s leadership said the company hopes to carry out work with Princeton researchers to understand pathways for Thailand to meet net-zero targets, and to identify how the company can accelerate those efforts. 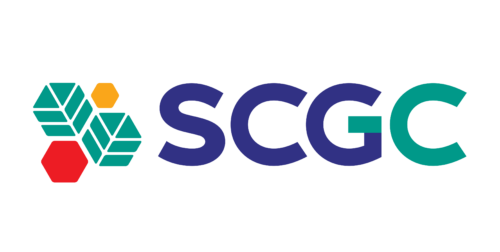 “We need a good roadmap. That’s why working with Princeton will help speed up Thailand’s pathway to net-zero,” said Suracha Udomsak, chief innovation officer and executive vice president at SCGC.

The chemicals division is one of three main divisions of the company, along with cement and building materials, and packaging. SCG has approximately 50,000 employees throughout the region and a large research and development arm. The company’s roots were in producing cement for the Kingdom of Thailand in the early 20th century.

SCG has a massive logistics operation. Investigating ways that sustainable transportation fits within net-zero plans will be a significant part of the work. Udomsak said that while the company is spearheading the electrification of vehicles, they also hope to understand the technological options available for making trucks used for mining and forklifts more sustainable.

“Beyond electrification of vehicles, there may be opportunities for compressed natural gas or biogas to be used efficiently in more agricultural and rural parts of the country. We need to see if these options are affordable, practical and environmentally sound,” said Udomsak.

He also spoke about identifying other ways to manage the carbon emissions related to manufacturing of chemicals, which typically use thermal heat.

Chris Greig, acting associate director for external partnerships at the Andlinger Center, said the partnership opens the door for a first comprehensive net-zero study in Southeast Asia, in one of the fastest growing economies in that region.

“The global effort to achieve a net-zero economy hinges on how these countries respond to the dual challenge of industrializing and mitigating climate change. Partnering with SCGC is a big step for Princeton to support that goal,” said Greig, who is also the Theodora D. ’78 & William H. Walton III ’74 Senior Research Scientist at the Andlinger Center.

Greig said the company has a commitment to transforming Thailand and being a leader in Asia. SCG is a member of Dow Jones Sustainability Indices and has been vocal about how developing a circular economy can boost long-term growth and competitiveness. In that way, the company hopes to be a leader in sustainable advancement and pave the way for the Southeast Asian countries to reach net-zero emissions.

“Thailand has a different GDP and economic makeup than the United States, and we need some examples for developing countries, and having the right mix of technologies and types of firms will make it accessible and usable,” said Udomsak.

Udomsak said that Thailand is a good example for the rest of Asia and hopes the solutions they develop are adoptable by neighboring countries. Preventing the worst of climate change will require thinking at the level of regional and global ecosystems, he said.