By the Office of Communications

The year-long fellowship aims to develop the next generation of science leaders through interdisciplinary research to solve the world’s most pressing problems. Of the three graduate alums, two awardees were focused on energy and environment and became part of the Andlinger Center community – Evan Zhao and William (“Chuck”) Witt.

They completed their doctoral degrees in 2019. With three fellows this year, Princeton is the institution with the highest number of recipients in one year since the founding of the program three years ago. 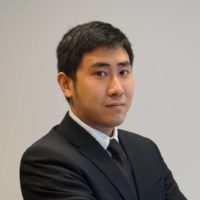 Zhao completed his Ph.D. in engineering under the guidance of José Avalos, assistant professor of chemical and biological engineering and the Andlinger Center for Energy and the Environment. Zhao was the recipient of Princeton University’s Maeder Fellowship in Energy and the Environment. In his research, he used timed light to control and then engineer microbes to produce new, valuable chemicals without the need for fossil fuel-based precursors.

As a Schmidt Science Fellow, he is now pivoting to work on RNA sensing in cells for medical applications. Zhao aims to use a cell’s ability to sense its environment to develop a sensor that could control the production of therapeutic proteins within the cell, tailoring treatment to a patient’s specific need. 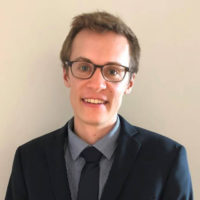 During his Ph.D. in mechanical and aerospace engineering under the guidance of former engineering dean Emily Carter, Witt worked on improving computer simulations of the behavior of atoms within materials. He helped to overcome challenges in computer processing of models involving many atoms through advancing orbital-free density theory. While at Princeton, Witt also contributed to the Andlinger Center’s fourth Energy Technology Distillate, Sunlight to Electricity: Navigating the Field.

As a Schmidt Science Fellow, Witt will use machine learning techniques to simulate very large-scale polymer systems and to develop new plastics. He hopes that this work could lead to plastic products that maintain useful qualities while reducing harmful effects, such as microplastic pollution.

Schmidt Science Fellows are supported to pursue a postdoctoral research placement at a world-leading laboratory anywhere in the world. This placement must be in research at a significantly different discipline from the fellow’s Ph.D., with the aim of exposing the fellow to ideas and skills that will help them examine scientific problems and approaches from different perspectives and accelerate discoveries. Each fellow receives a $100,000 stipend and is paired with an internationally accomplished and experienced senior scientist as a mentor.

See all of the Energy Technology Distillates available for download, including:

Molly A. Seltzer contributed to this piece.